Did somebody say "Elvis?" Originally cobalt blue, this pink 1956 Cadillac Sedan De Ville is a milestone car for Cadillac, the first year they ever made a four door pillar-less hardtop. And at the same time it was the ninth and final year of the famous original fish-tail fins. In Cadillac lingo this car is "massively proportioned", a Texas-sized car that can seat six, seven or eight. Road ready, all the "power-everything" works and you can drive it home with everyone you meet at the auction. All hardware parts and power plant are original including the 365 cu in., 305 horse-power V-8 engine. A look under the hood tells you this has been a cared-for, original car. Still stylin' from an earlier restoration, the interior and trunk are ready for a night on the town, a day at the golf course, or a week at the gas station, With outstanding original chrome and bright work, this car crushes sunlight like a house of mirrors. It turns heads and has won enough Southern Oregon car show trophies to fill the trunk. It has been photographed with three different Elvis impersonators. And one previous owner claims this was the same car used by Art Carney (as Harry Truman) in the 1981 Movie "St. Helens". Don't miss this chance to own an exciting legendary classic. 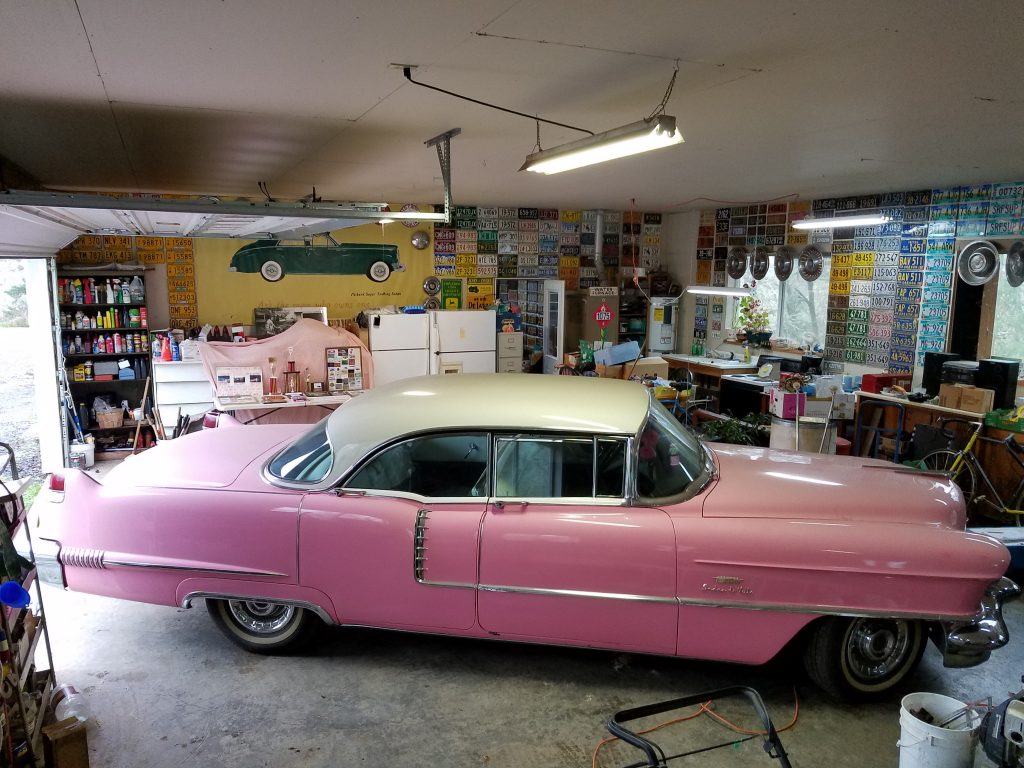 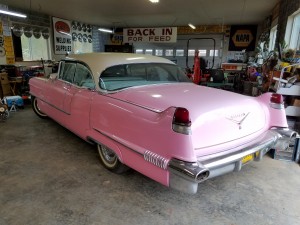